Suitable for both kyutoshin (needle moxa) and chinetsukyu applications, this premium grade Japanese moxa contains no stems, or stalks allowing it to be formed easily into balls or small pyramids.

The fibres of this delicate green-yellow moxa are longer than those in normal moxa allowing the burning moxa to bind together better.  This is particularly important for kyutoshin applications helping the moxa grip the handle of the needle.

Moxibustion therapy is often used to treat the pain associated with arthritis, digestive problems and problems against colds and the flu. Still not convinced? Well this short article explains the Benefits of Moxibustion Therapy, describing how and why it’s becoming increasingly popular across the UK.

What is Moxibustion Therapy?

Moxibustion therapy is traditional Chinese medicine therapy that consists of burning dried mugwort on particular points of the body. While the therapy has historically been popular in Far Eastern countries such as China, Japan, Korea, Vietnam and Mongolia, in recent times it has become more popular in the West.

Using either a cigar-shaped stick (moxa stick) or acupuncture needles, the practitioner burns moxa on the skin. According to Chinese traditional medicine, this increases the flow of vital energy (qi or chi) through certain pathways in the body.

What are the Benefits of Moxibustion?

It may sound like pseudoscience, but scientists and health experts have been battling over the usefulness of moxibustion for a while. A 2009 study discovered that moxibustion reduced both the frequency and severity of hot flashes in.

Furthermore, while not proven, moxibustion has been used by practitioners to treat and help a number of problems, including:

What Moxibustion Therapy Products Do we Recommend?

Moxibustion therapy has two different forms, either direct or indirect. Indirect is the more popular form of care as it hurts less and doesn’t allow the burning moxa to touch the skin. The products we sell can be used for both forms, but most importantly can be used from the comfort of your own home.

HEALTH BENEFIT OF MOXIBUSTION IN PREGNANCY

Based on the current advice/information written by Denise Tiran (Midwife, Lecturer and Complementary Therapist). Moxibustion is a recent option in later pregnancy for when babies are in a breech position. “Breech” means that your baby settles in a bottom-first position instead of the more normal head-first position. After 35 weeks of pregnancy only about 3–4% of babies are breech. The doctor may offer external cephalic version (ECV) to try to turn your baby, or a caesarean. You could also ask your midwife about having a vaginal breech birth.

Moxibustion is a traditional Chinese technique to turn a breech baby to head first, usually around 34–36 weeks of pregnancy. Moxa – sticks of dried herb – are used to heat specific energy points on your little toes. The heat is absorbed into the points and transferred via energy channels, triggering hormone changes which relax the muscles in your uterus to allow extra “give”, and increasing your baby’s activity, encouraging him to turn. Research suggests moxibustion is about 66% successful, which is better than ECV. It’s best to find a midwife who does moxibustion. A few maternity units now offer it, or search www.expectancy.co.uk to find a private practitioner, or you can visit an acupuncturist for treatment after 34 weeks of pregnancy.

There are no reviews yet. 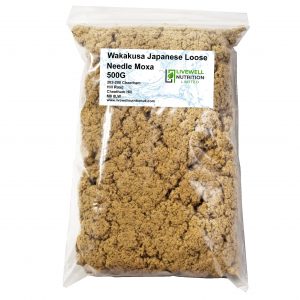